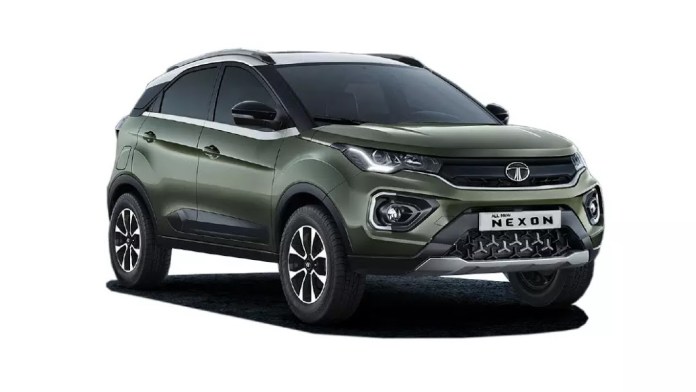 Tata Nexon has always been one of its most successful products. Now, this facelift with even more kit on the inside. and a petrol engine that has 10 horsepower more than promises to take it to the next level, how good is it. 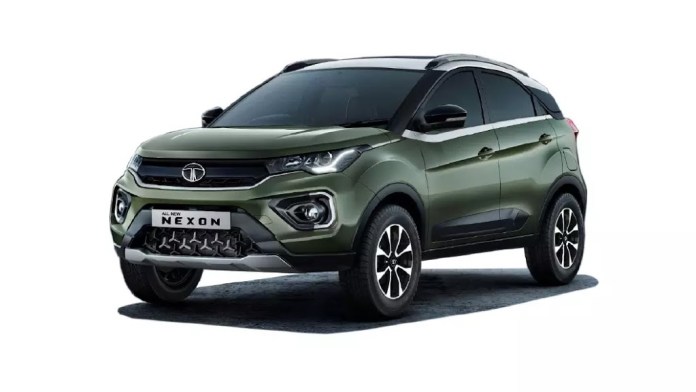 Let’s take a look but first up the new look, which is a big departure from the earlier one. It’s so thoroughly updated from some angles. It looks like much more than a facelift. A lot of this is down to the larger looking nose.

The new union jack tail lights look interesting and with Nexon now written across the rear. It’s easy to identify this one as the facelift. It even gets four vents at the bottom of the rear bumper to make it look wider. 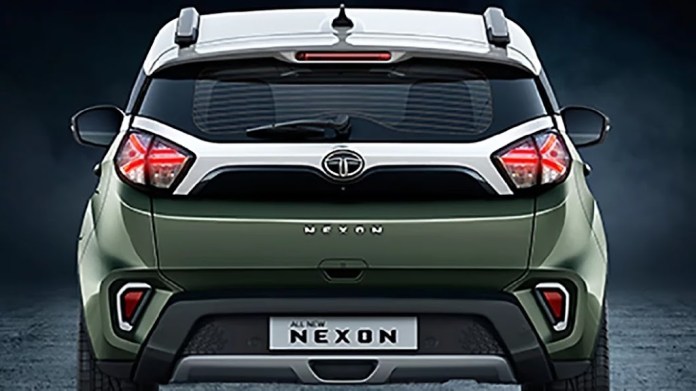 The cabin is more familiar but still substantially updated. So, quite a lot of new things on the inside.

While the build of the dash feels tough and the buttons are well finished. The oversized drive mode knob is a waste of space. Tata could have used it to install something practical like a cup holder. The strange thing is there still isn’t a secure place to put your phone. There’s a lot of hard edges here. It’s a tight fit, and even when you roll back these blinds, these roller blinds, there are more angles. And places your phone is likely to get damaged, so the safest place is to keep it in your pocket. Also, both the instrument panel and the touchscreen need to be brighter. Try and reverse in full sunshine, and it is difficult to see obstacles on the screen. Still, the umbrella holders in the doors are a nice touch. The big cooled glovebox is well cooled. And then there is the even cooler express it is a cool function express cooling on windows may roll down. It even reminds you to put the window up via a voice prompt when the cabin is finally cooling.

The Nexon has always been a comfortable SUV to sit in. This, in part, is due to the space-efficient design. And the ruby wide cabin, and it’s pretty good in the rear as well.

There are no USB ports in the back.

That’s something tata could have fixed the Nexon. Also, get’s Tata’s IRA connected tech. And included in this software suite is what three words of navigation aid. We didn’t manage to test either, but as the various functions weren’t activated when it comes to kit. you also get:-

The boot space in the rear is a useful 350 liters, and you can fold and flip the seats down as well.

The Tata Nexon is powered by BS6 compliant versions of the 1.2-liter turbocharged petrol engine. And the 1.5-liter diesel engine. Transmission options include the same old six-speed manual gearbox and an AMT unit.

Tata’s 1.2 petrol a three-cylinder engine, but the only time you can tell is when you fire it up. Nexon petrol is also a bit smoother now. Tata has re-tuned this engine to make it a bit more powerful and important to make it smoother.

The earlier one was extremely snatchy and here to some small extent. it has succeeded, but it still feels a bit jerky when you get on and off the throttle. There also is quite some amount of lag. Put your foot down at around 1000 RPM. And you have to wait till well over 2000 RPM for it to really start pulling strongly. And that at times in city traffic can be difficult. The engine does a fair job in the mid-range. There is a fair amount of performance in the mid-range.

And if you keep it there, the Nexon pulls forward quite smartly. But pulling it to the 6000 rpm redline doesn’t really make much sense. It’s noisy, it feels strained, and the amount of extra performance you gain isn’t all that much. But the question is can you feel the extra 10 horsepower only at times and if you’d really pay attention.

And let’s not forget the Nexon is heavy, especially compared to many of its rivals. The driving modes Eco, City, and Sports work quite well. Eco is ok when you want to conserve fuel, and sport does give you an extra kick while we did do a performance test.

We weren’t able to launch the new Nexon as the traction control couldn’t be switched off. And as a result to 0-100 came up in 13.01 seconds. Ignore the launch yet, and it clearly shows this new one has a bit of an edge over the earlier 110 horsepower version.

With the Nexon excels is over broken roads. You can carry on over bad patches often without having to slow down. The Nexon does round off the bumps pretty nicely. But there still is a bit of stiffness in the springs. And over broken patches of road and large craters, you can feel that what it does.

But, it gives the Nexon good straight-line stability. And this delivers plenty of confidence through to the steering. The little bit of stiffness in the suspension helps the Nexon in the handling department too. With its well-weighted steering and decent body control. The Nexon feels comfortable at speed.

It isn’t as agile as something like a Ford EcoSport. But gets onto a good road and you can enjoy slinging a few corners together With its uprated and recalibrated engine. The 2020 Nexon now feels peppier and smoother to drive. Its beefy suspension does well in our conditions. it is among the more spacious and comfortable compact SUVs in its class. And with the more goodies and kit on offer.

It now feels more upmarket also with prices ranging from 6.95 to 11.20 lakh for petrol. The Nexon is still a great value for money product. No quality levels still aren’t quite the same as some rivals. And the petrol engine and gearbox need to be even smoother.

Still, if you are among the many who think this is the best looking car in its class. And are looking for a comfortable compact SUV that’s adept at taking on our roads and is well equipped. The new 2020 Nexon is the one you need to keep on your shortlist.