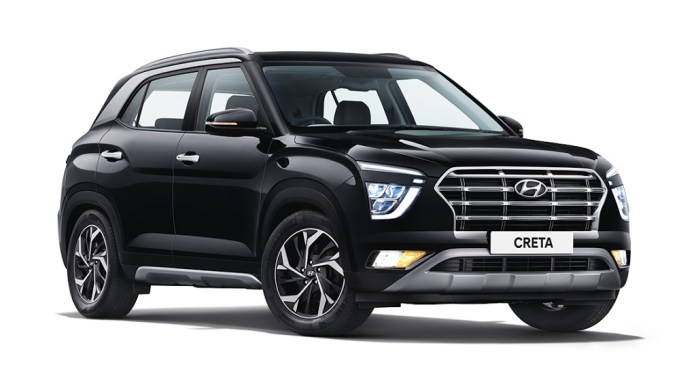 Lots of teasers, big unveil at the Auto Expo, exterior walk-around, interior walk-around, so much has been said about this car so it needs no introduction lots of people looking forward to the new Hyundai Creta. But what most people don’t know is how does it drive.
Well, that’s exactly what I’m here to tell you about today we’ve got the 1.4liter turbo petrol DCT now while I get into the car and get behind the wheel you Subscribe to MotoSutra through Your email ID.

The new Hyundai Creta has expanded on the number of variants offered with multiple engines and gearbox combinations, the one we’re driving today is the 1.4liter turbo petrol with the 7-speed DCT automatic the SX(O) variant this 1.4liter turbo petrol incidentally only comes with the automatic option.
The engine is one that is shared with its sibling the KIA Seltos and it produces the same 140 HP and 242 Nm of torque it’s a nice sporty engine picks up speed effortlessly and even the gearbox is quick to respond so, you know if you’re looking for performance.
Hyundai Creta offers it up well the DCT is smoother and it is in the Seltos it transitions between gears, in a much cleaner manner and it doesn’t have that aggressive clutch release at Start off, however, when you suddenly press down hard at low revs or in sport mode, it does get more snappy you have a variety of drive modes that one can switch in between and of course Sport gives you most fun factor Normal great for city driving and Eco dials it back while there’s a marked difference in the Eco mode it doesn’t dull the performance to a level where you never use it for City commutes it’s quite good the various modes let you get the best out of the performance depending on what you’re aiming for.
With the AC function performance and transmission, characteristics change through the modes, the gears shift up much quicker in eco and sport, it holds on to the gear the sport mode can be accessed by shifting the gear lever into the manual mode as well but the game-changer is the paddle-shift.
Now like I said this gearbox works well smoothly efficiently but when you want that extra bit of spirited driving what’s nice is having the paddle shifters this makes it feel more sporty and fun and it’s a welcomed addition so the engine offers are pleasing performance and it does that in a most refined manner but it does get a little vocal as you push it harder.
Use it with a light foot in city traffic and you won’t notice a thing in fact cabin insulation is a really good cutting out the world outside and as a result.
The new Hyundai Creta experience feels premium this feels like a more mature product and that’s in more areas than on its road manners have also changed with this new platform shared with the Seltos it feels more solid and like a bigger car it’s not up to the mark of some of the European products but it is largely improved now on a winding section of roads, what I notice is this just feels so much taller than before much better planted goes around corners much nicer, lots of grips so, yes there’s more fun factor in the Hyundai Creta now it’s more enjoyable to drive especially with this 1.4liter turbo petrol engine.
however, it does have some torque steer that will be felt if you accelerate hard out of a corner and the steering veers towards being on the lighter side for better maneuverability at low speeds which takes a little away from the confidence when you’re driving fast but that’s the feeling around corners on a highway in a straight line it feels really good, stability at high speeds is also really good and what inspires a lot more confidence.
Now, the brakes much better the experience behind the wheel of the Creta is much more enjoyable.

But India’s a market where the backseat experience often matters more than the front backseat off the Creta really comfortable place to be, a good amount of legroom, even for tall people seat itself well-cushioned, good under-thigh support nice and comfortable, nice recline angle, to keep you comfortable here you have the central armrest, you have the window shades, you have a slot for your phone, the USB port, the AC vents, bottle holders, here so yeah loads to keep you comfy as well, good visibility all around, you sit nice and high and of course since this panoramic sunroof it really opens it up makes it nice and airy and despite the sunroof, there’s a good amount of headroom, as well as the third passenger can be squeezed in as well but the console and the phone storage area does eat into the legroom and talking of that central console the air purifier indicator is on top of the console in a place where it’s hard to read unlike in the KIA where it’s in an easier to read place however the cushioning of the seat itself much better than the Kia Seltos.
Headroom is a little less because of the sunroof but not to a point where it would make a difference to tall passengers were backseat passengers of the Creta will be comfortable because the ride quality is good, it rounds off bumps and potholes pretty well, and it’s got a nice pliancy to the rise the suspension does very towards the softer side and you will get moved around on your seat a lot more on uneven sections of the road especially at higher speeds but it’s still a large improvement from before and for city use it’s good.

Well, we’ve covered everything about the way the Creta is on the go, so, let’s stop and take a look at it and see what it offers in terms of features the Hyundai Creta looks have drawn a lot of attention and not always in a positive manner, it’s a visibly larger vehicle with good proportions, thick creases over the arches, broad shoulders, and a roofline that ends in a silver accent at the C-pillar so, it still does have that large SUV feel which was the appeal of the first Creta.
however, there are a lot of quirks in the styling like the flat nose that houses a large grill and a three-part Schmitt lamp and the rear that’s very rounded and carries over the three-part split lamp mirroring the front design overall it’s not as appealing as its predecessor and the way it looks will polarize opinions.
I for one don’t like the way it looks now while the exterior looks maybe polarizing and some people may like it or some people may not I’m sure once everyone gets inside the Hyundai Creta they’re going to like the way this looks this looks nice on the inside.
This version that I have said these red sporty accents around the AC vents there’s also lots of chrome highlights around the inside to lift it nice matte black material that is here on the central console, lots of storage areas, cubbyholes, seats themselves large and comfortable, the dials crisp clear clean, the tack is a bit small and I would have liked a larger one the infotainment screen, large lays flush crisp clear graphics as well the top of the dash and the door panels do have some hard plastics but on the whole, it’s a nice-looking interior and of course, you have this panoramic sunroof it’s a bit fussy to use though and to have only the screen open without the glass is a three-stop procedure tap the button wait till it opens the glass tap it again and then push the button back to fully open the screen and of course a load of other features lets’s take a look.

The Hyundai Creta had a great run till its sibling the Kia came and shook up the segment became the benchmark well the new Creta has taken a quantum leap ahead, in fact, it is improved in every area. It offers you much better interiors far more luxurious it comes packed with features there’s a wide variety of variants it’s even more, fun to drive now and of course, it all comes in a package that offers you value so the Creta is back with a bang.