The Volvo XC40 has thus far been our pick of this range of compact luxury SUVs and for very good reason it seems to do just about everything right it’s got space practicality versatility luxury comfort performance and it looks rather good too and sure it might not be the most affordable car in its class but it packed in equipment that belongs to segments above the only thing missing from its impressive repertoire frankly has been a petrol engine and that has just changed because this is that Volvo XC40 petrol which I’m driving for you today.
Now, If you liked this Blog, tell us in the comments if you prefer this Volvo to its rivals the Mercedes GLA, Audi Q3, BMW X1, and Mini countryman. 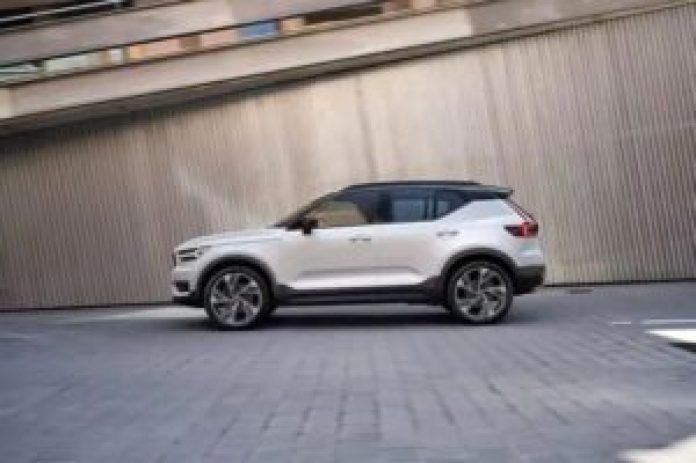 R-Design is the name of the trim level and yes it’s the same one that the diesel car was originally launched with back in 2018 what it gets you are a black roof and black accents such as the grille at the wing mirrors as well as a sporty set of 18-inch alloy wheels on the inside it’s exactly the same as before with the same minimalist interiors in all black the option of orange fabric accents seem to have been removed this time however which makes it look a little dour this is particularly true in the backseat which though spacious enough is set low with a backrest that’s rather upright the boot, however, is still large enough and has that clever flexible folding floor arrangement.
R-Design is a fully loaded trim and as mentioned before that means equipment that belongs to classes above there is the usual stuff like dual-zone climate control powered front seats with driver-side memory auto headlamps, and wipers tire pressure monitoring system, the 9-inch touchscreen with Carplay and android auto and more.

Well, the standout features include a digital instrument cluster, a huge panoramic sunroof, a power tailgate, and a full suite of radar-based safety tech, including adaptive cruise control, and autonomous driving.

In fact, only two features seemed to have been removed from the diesel version, the first is heated seats at the front and the rear which most people won’t miss too much and the second is something they really should not miss too much where the diesel XC40 was all-wheel-drive this one is front-wheel drive only and as you can see even if you’re silly enough to drive it into a soft sand beach as long as you’re careful you’ll still make it out just fine where it belongs though is out on the road and that’s where you can really get to know this new engine. 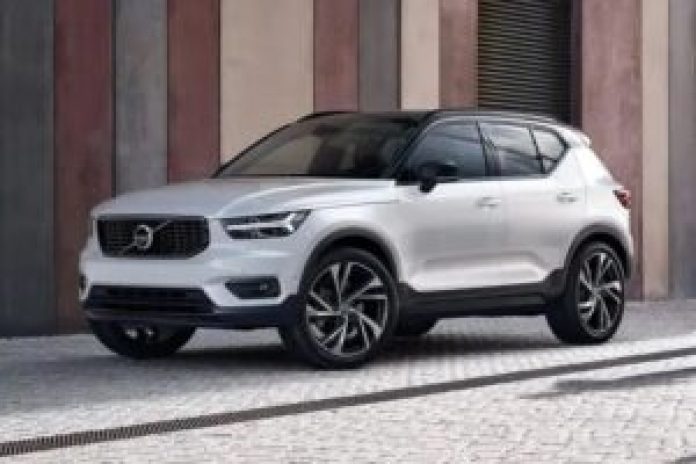 So, the engine under the hood here is Volvo’s 2-liter turbocharged petrol engine which makes 190 horsepower and 300 Newton meters of torque. It is like the diesel mated to an 8-speed automatic gearbox. The first thing you start to notice is that refinement is not excellent sure it is quiet enough at lower revs but the moment you get to about 2000RPM you can start hearing the engine by the time you get to about 3500RPM it gets quite noisy and it’s not a nice no hits it certainly got a good amount of performance with that 300 Newton meters is a good solid reserve of torque and when you want to get moving it all comes through really nice and strong the only thing is that it’s not the most exciting engine out there

It’s not particularly rev-happy nor does it suddenly gives you a nice strong heat of talk but instead, it’s very linear very smooth and it makes his power in a gentle surge and I suppose that’s just as well because the Volvo XC40 isn’t the sport compact luxury SUV around like the diesel is better. A driver at a more relaxed pace to get the most out of it.

Now as before on the handling front, it’s not the sharpest tool in the shed it’s got a lot of body roll the steering is nice and slow but there is a certain satisfaction to be had from steering. This car and that has a lot to do with the steering itself surely it’s not the quickest or the sharpest but it’s just so nicely weighted and really really fluid it feels great.
The right comfort again remains the same as before the cars riding on 18-inch wheels and it has a slightly firmer setup but that means great stability out of the highway and ride comfort is actually not too bad even at low speeds the suspension does a good enough job of absorbing the bumps.

priced at 39.9 lakh rupees ex-showroom the XC40 T4 is not the cheapest in its segment however since it’s available only in this fully loaded R-Design guys you do get a lot of car for the money the design turns heads the cabin is practical and it’s got by far the lengthiest features list then there’s the petrol engine which despite not being the best in terms of refinement has enough grunt to get you around the service, network isn’t as widespread as its German rivals but it’s expanding rapidly and we feel that’s a small price to pay for a well-sorted SUV

It gives you almost everything you’d want so if you’re in the market for a compact luxury SUV with a petrol engine and driving thrills are not high on your priority list the XC40 T4 R-Design is an option worth serious consideration.