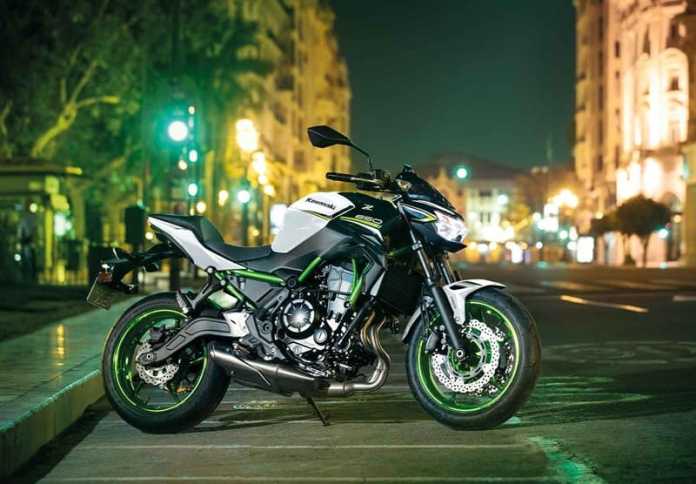 Buying a big bike can be intimidating, coming from something smaller. It can be a sizeable jump in terms of performance, ease of use, and price. But there are a few motorcycles that make that leap a lot less daunting. and one such example is Kawasaki’s middleweight. The naked Kawasaki Z650.

In this new iteration, Kawasaki has made some changes. That not only differentiate but set it apart from its predecessor.

What this has done is give the bike a much more dynamic and provocative design. Something the Japanese manufacturer refers to as Tsugumi.

There is some functionality amongst this new form too. The new LED headlight not only looks great but also does a pretty good job of illuminating what’s in front of you.

Then there’s the addition of a TFT instrument cluster. It is a rather compact unit but one of the crispest ones we’ve seen at this price point. Already from the rider’s point of view because it can look quite pixelated up close. This unit can also be connected to Kawasaki’s Rideology App. 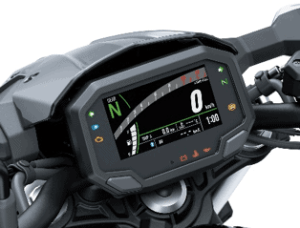 The Kawasaki Z650 misses out on

Once you get past the cosmetic changes.

You will find that the Kawasaki Z650 is largely the same as before. At its center is this a 649 cc liquid-cooled parallel-twin engine. That is in this BS6 avatar. Makes the same peak power of 68 horsepower as before. Peak torque 64 Newton-meters though is down by 1.7-newton meters. But that is not something you will notice. 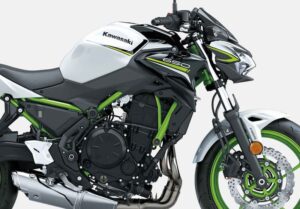 And not that you simply will complain either because the z650 is quick. And if you’re eager with the throttle, the front end will lift-up easily in first gear. Push all the way through the 6-speed gearbox. And you would blast past 100 kilometers per hour in a sports car timing 4.8 seconds.

Complementing that performance is a more guttural exhaust note. Kawasaki has tweaked the intake and exhaust to comply with the latest dementia norms. And these changes seem to have affected the way the z650 sounds. 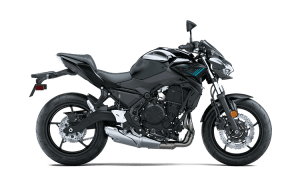 The lower revs are loud and bassy. But this is an engine that likes to rev. And with this BS6 update, we found that the bike emits a slightly more raspy throaty note. And that added some much-needed aggression to experience this.

Now, this is undoubtedly an engine that’s happiest higher up in the rev band. But it’s also quite tractable at slow speeds. You can carry a gear higher and a fairly light clutch. This means you can avoid an unwarranted forearm workout while you’re stuck in traffic.

Something else you will be happy about is the ergonomics. The setup is right, the seat is low, and the handlebar is flat and wide. Now I’m Five feet ten inches tall, and this bike fits me just right. When I’m sitting up, it is rather good to ride. One thing for sure, your back is not gonna hurt in this even on a longer tour. 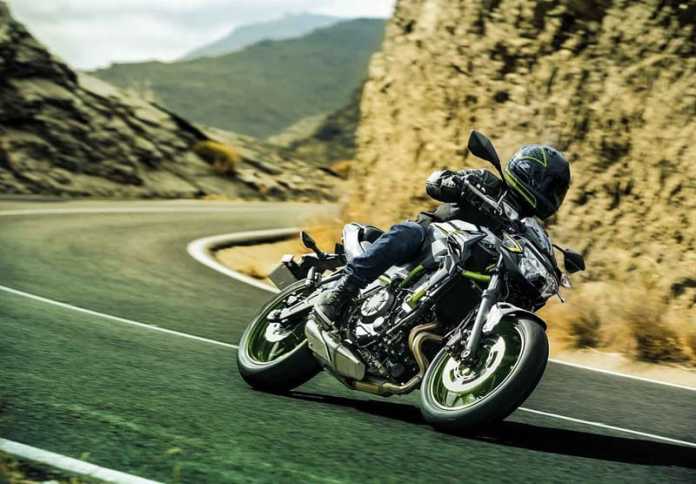 But tuck in “In higher speeds” and it gets a bit cramped. This is because the handlebar is quite close to you. And this tends to bring your elbows in contact with your knees.

Alright, so this is a bike that you can live within the city. But whether Z650 really thrives, though, is in the twisties. An impressive mid-range makes it super fun for darting from corner to corner.

And it could have been even better with nicer tires. The new Dunlop sport max road sport dews proved ok in the dry. But they do get fairly squirmy in the wet.

There are a couple more aspects where we’d like to see some improvement.

And there you have it the new Kawasaki Z650.

Now given our riding conditions, I also think this is one of the easiest first big bikes to step up to. There is enough performance on offer, it’s easy to live with, and it’s fairly affordable. But we will see a competitor motorcycle soon to be launched sometime next year. And that is the all-new Triumph Trident 660 that I think gonna kill this segment for sure.