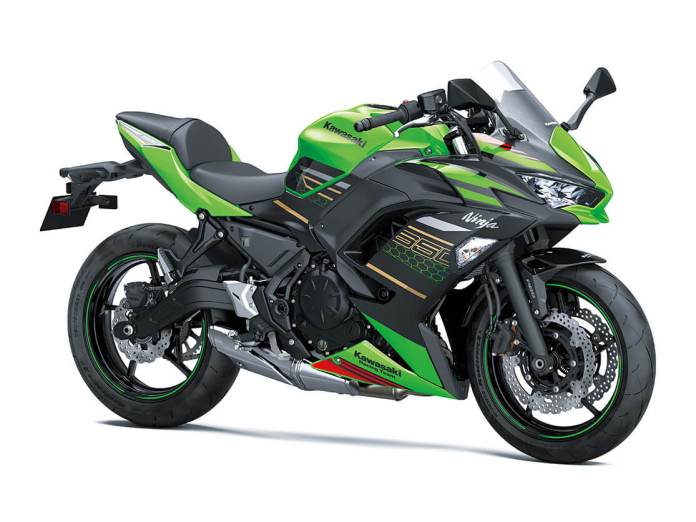 The buzzword these days in the Indian Two-wheelers market is BS6 over the last few months. We’ve seen manufacturers launch a slew of bs6 compliant motorcycles. And while at it, they have also used this opportunity to give their motorcycles a makeover case in point. It is a new Kawasaki Ninja 650.

Now it looks like a new motorcycle, but it shares a lot in common with the bs4 motorcycle. So let’s find out what the BS6 upgrade brings to the Kawasaki Ninja 650.

The motorcycle you see here is essentially based on the 2017 Ninja 650. and though I was not a big fan of the previous ninja 650s design. The 2020 Kawasaki Ninja 650 has my attention. It looked attractive from the moment I saw it on the Kawasaki India website.

To me, it has to do with a new ninja family face, one that we’ve also seen on the Ninja 400 and the Ninja ZX6R. My favorite bits are the sharp twin led headlamps. And a new raked windscreen that finally forms an aggressive face.

Befitting the Ninja name, the side pairing is also new. And has the right amount of cuts and creases that flow with the rest of the design moving on to the rear. This is the only visual similarity to the previous motorcycle. Except for the new pillion seat that has

Complementing the new design is the lime green shade. And Kawasaki racing team stickers that will make you visible from a mile. But if being subtle is your thing, you could choose the white and black dual-tone color option. 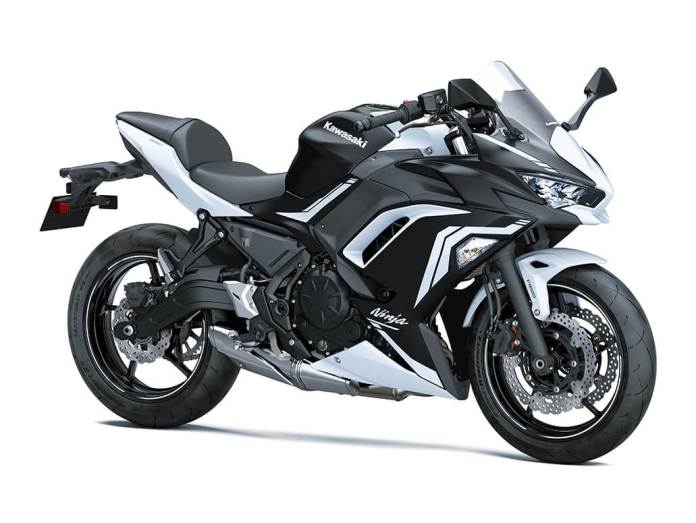 While the design is all-new, Kawasaki has thankfully refrained from changing the ergonomics. At 790 mm, the seat height is low, which allows you to keep your foot flat on the ground.

At the same time, the clip-ons are high, and these pegs are not to rear set. This results in a nice and comfortable sports tourer kind of riding position. That is great for a long distance. Not changing the ergonomics is a wise decision. 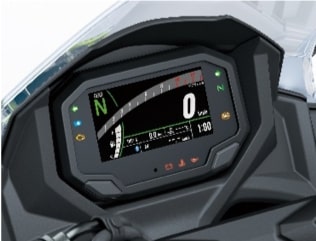 But a welcome change is seen in the introduction of a new display. This 4.3 inch TFT cluster has the same style of graphics you would find on a new range of Kawasaki motorcycles.

It is crisp and easy to read, while the Bluetooth connectivity brings it up to date with today’s times. The all-new Kawasaki Ninja 650 looks much more modern than before and is better equipped as well.

But at the heart of the matter is the Kawasaki Ninja’s engine. And that has always been one of the defining aspects of this motorcycle. What I like about it is its traceability in the city. But at the same time, it doesn’t compromise on-highway performance.

But the cherry on top of the cake is the strong mid-range ground. That ensures that you don’t need to rev out this engine to extract all that power. And Kawasaki has done a good job of developing the bs6 engine.

Managing to extract the same peak power as the BS4 engine. Peak torque, on the other hand, has dropped marginally. So, It Produces 68 horsepower and 64-newton meters of torque. And also read about its naked Sibling the Kawasaki Z650.

But it has not had a major effect on the performance since the curb weight at 196 kg is the same as before. Speaking of performance despite its strong mid-range. This engine has sufficient power at the top to propel the Kawasaki Ninja 650 to serious three-digit speeds.

This flexible nature of the engine is what primarily makes the ninja 650 such a flexible motorcycle. However, like before, the engine isn’t very characterful. And does not produce a very, exciting sound. Also, there are some vibrations to be felt when it’s revved out.

This is an engine designed to deal with the demands of the real world. And that is also the case with the suspension setup.

The Ninja 650’s 41mm fork and preload-adjustable mono-shock setup are the same as on the bs4 model. and it has been tuned with everyday usability in mind.

Now the suspension is tuned on the softer side. And that results in a comfortable ride over bad roads and undulations. But the one thing you need to keep in mind while going over high-speed breakers and deep potholes are. This low 130 mm ground clearance.

Understandably the soft suspension setup means the ninja 650 is good. But not great around corners. It remains planted and predictable for the most part. But don’t expect sportbike like sharp handling. Although, there is potential in the chassis.

Also, as we found out, adjusting the preload setting accurately is essential. In, order to, prevent unsettling the rear over undulating roads at high speeds. But the bigger irritant is that getting to the preload adjuster. Requires removing the side panels. That makes it a cumbersome process.

Even so, our experience of the Kawasaki Ninja 650 tells us that the motorcycle is stable at high speeds. And around bends when you dial in the correct preload setting.

The Kawasaki Ninja 650 also gets a set of new Dunlop sport max road sport 2 tires. That offers a good grip once warmed up. However, they could do with a better feel on a wet road. 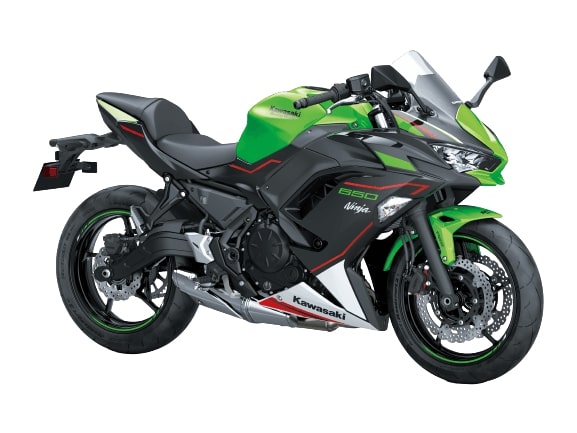 The Kawasaki Ninja 650 has a rock-solid reputation of reliability to bank on. It is also an easy first big bike for novices to adapt to. While remaining quick enough to stay experienced riders entertained. None of this changes for 2020, and while the price tag has gone up by rupees 35000.

The Kawasaki Ninja 650’s price is Rs 6.24 lakh Ex-showroom, India. The ninja makes up for it with a sharper style and a new display. And, just, like before, there’s no other motorcycle like it at the price point.