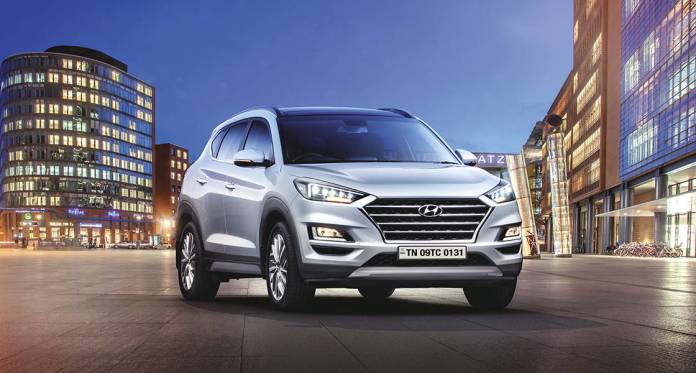 This is the Hyundai Tucson facelift that made its India debut all the way back in February at auto expo 2020. Now the pandemic has caused a little bit of a delay. But it’s finally here, and we’re going to drive it for you.

At first glance, it might look very similar to the old Tucson. But dig a little deeper, and there are some crucial changes, and we are going to tell you all about them today. 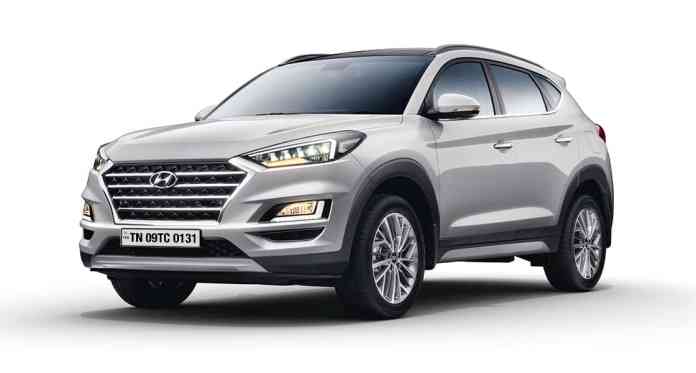 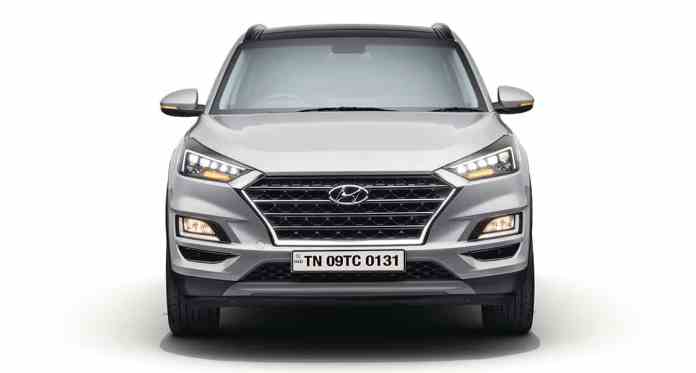 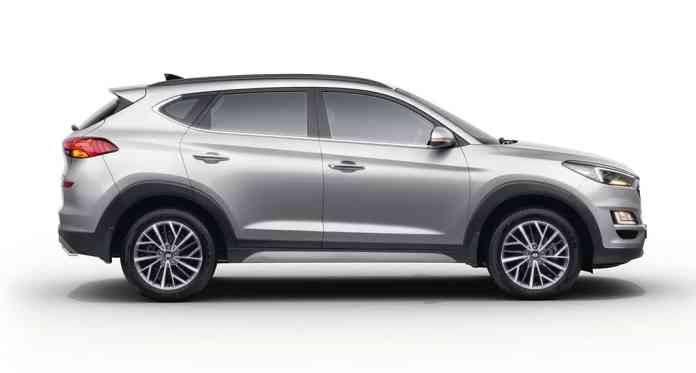 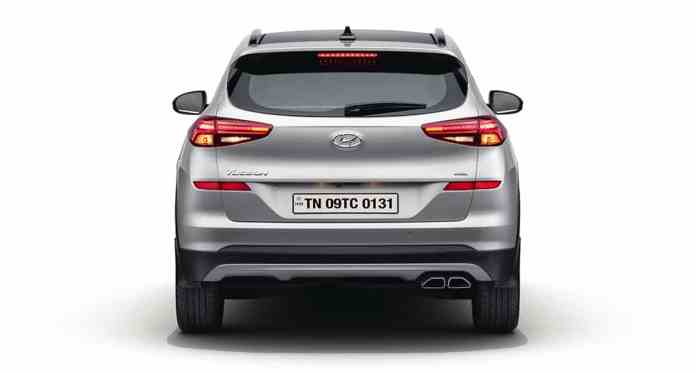 Let’s quickly run through what’s new outside. The Hyundai Tucson Facelift changes are not as significant as we saw on the Verna or Elantra facelifts, but they do help.

And around the back, you’ll find redesigned tail lamps. And reflective strips that have moved slightly higher up. But what do you think about the refresh?

Tucson, let us know in the comments below, and as always, be sure to like, share, and subscribe to Motosutra now by pressing the bell button.

Let’s step inside because here there’s one big difference. 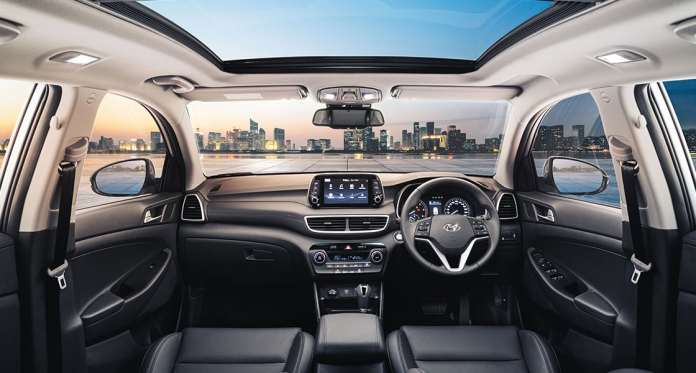 Now there’s quite a significant change on the inside of the Hyundai Tucson. for one, it’s an all-black color scheme rather than black and beige. And the dashboard is almost entirely new. What was before a very tall bluff flat-sided dashboard is now very curved and sculpted. And it’s got this nice soft-touch leatherette effect over here with double stitching.

Now there are loads of new features including, this freestanding touchscreen. Which gets connected car tech? But I’ll get into that in a little bit. You will also find that this is still a very, practical cabin with loads of storage spaces. But there’s one feature I do want to talk about, and it’s not the driver’s seat but rather the passenger seat.

You see, in the previous Tucson, the passenger seat was not powered. And it didn’t have height adjustment, and it was placed really low to the ground. Now it is powered, and you can raise it. So your passenger would not feel like they’re sat underneath the dashboard.

So, in addition to what I’ve mentioned already, Tucson gets important new features like

But one feature we’d have liked to see was cooled seats like on the Creta. Which it does not get. But then you have to remember that the Creta is an all-new car while this is just a facelift. And the Tucson still does get a very healthy dose of equipment.

Now let’s move over to the back seat, which is really where you want to be in Tucson. Space and comfort have always been strengths of Tucson’s back seat, and that has not changed at all. You still get plenty of knee room and loads of width. It’s really great for carrying three people sitting abreast headroom. Also is very good though I suspect slightly less than before thanks to the frame for this sunroof.

The seat itself is also very, very comfortable. And as before has this slight recline function for that little bit extra comfort.

The only thing I’m not such a fan of is that the seat for such a big SUV is set quite low. And the window sill is quite high. So with the black interior, you do feel a little bit helped in. but it is alleviated to a great deal by the huge panoramic sunroof.

The boot too should be a selling point for Tucson because it is absolutely huge. And now time to get behind the wheel because there’s one key difference here too.

So what’s new mechanically with the facelifted Tucson. Well, I’m driving the diesel version. It uses the same 2.0-liter engine with 185 horsepower and 400 newton-meters. But this time, it is BS6 compliant.

What’s it like? Now well, pretty much as you remember it. It’s pretty refined for the most part until you extend it to the very end of its powerband. At which, point, it does make a little bit of a boomy noise.

It also still comes with drive modes, and thankfully, they work really well. In that Comfort-mode is the best of both worlds. Eco-mode saves you a lot of fuel without you really feeling it. That’s what you wanted to do. And Sport-mode well, it immediately makes things a whole lot more responsive.

Even in a car as big as this, it’s got a lot of punch this engine. And you’ll never be left wanting for power. Up against our testing equipment, the performance is certainly impressive. With, 0-100 kph coming up in just 9.76 seconds. Which is 0.3 seconds quicker than the old BS4 version.

Now the old gearbox was pretty smooth, but this one is just that little bit better and feels a bit more modern. It’s A little bit

You always feel that it’s got the right one for the job.

Now ride quality was always a Tucson strength, and that has not changed. Here either it’s a very, very comfortable riding car. And you and your passengers will always be very well cushioned from the bumps of the road.

The other side of that coin is that Tucson is not a great handler. It feels quite soft, it rolls around quite a bit. There’s a fair deal of understeer, and the steering does not feel very quick or sharp. So despite all that power, this is a car that prefers to be driven at a more leisurely pace.

So it might not be the most engaging SUV to drive on your favorite winding road. But what it excels at is highway cruising, where you will find rock-solid stability. And a healthy reserve of power for overtaking.

Now with the Hyundai Tucson facelift and upgrading to BS6, the prices have gone up a bit, the range starts at 22.3 lakh rupees Ex-showroom. But this top-spec diesel with all-wheel drive costs a considerable 27.03 lakh rupees. That is proper premium SUV pricing. And while the performance size and space do justify it to some extent.

When you look at it in the context of Hyundai’s own bestseller, the Hyundai Creta, which costs 17.3 lakh rupees in top-spec. It does make you wonder if it’s worth the stretch.

There is an all-new Hyundai Tucson on the horizon too, which will likely even get 7 seats. But that is still a very, very long time away from launching. In the meantime, then what you’re getting is Hyundai’s flagship SUV. a big and comfortable five-seat family car. With loads of equipment performance and comfort. It may not be as good an all-rounder as the Creta, but you certainly get a whole lot of Hyundai.

Hyundai Creta 2020 Review – Better than Before