Well, here’s a car that’s certainly been a long time coming, it is the Audi Q2. And in Europe, it’s been around all the way for ages. But hey, better late than never. It is finally here in India. And promises to offer something truly unique in the luxury car space. Just what is it like well, stick around to find out.

Before we go any further, though, just what is the Q2?

Well, as the name suggests, it’s an Audi SUV one size down from a Q3. And if you’re thinking, hmm, then what are its traditional rivals, the answer is it doesn’t really have any.

What is it then? 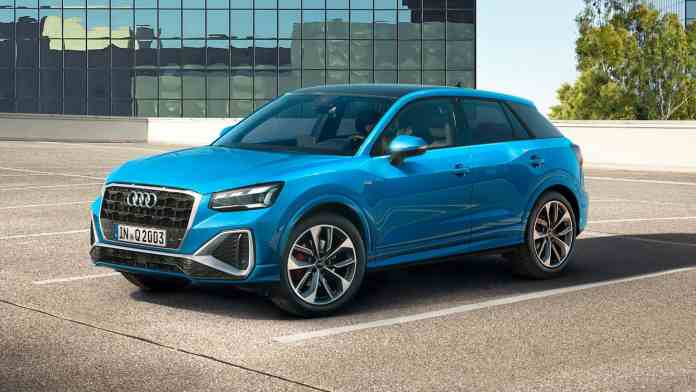 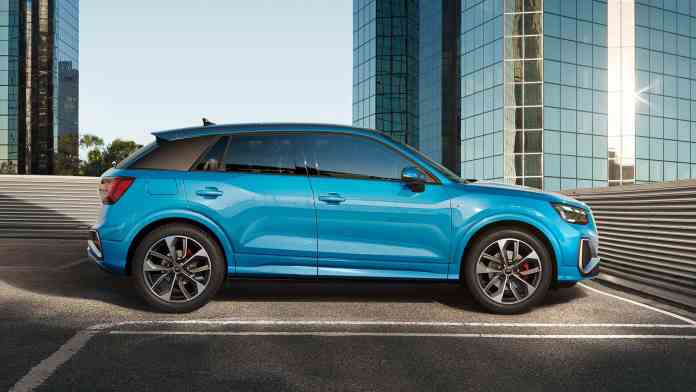 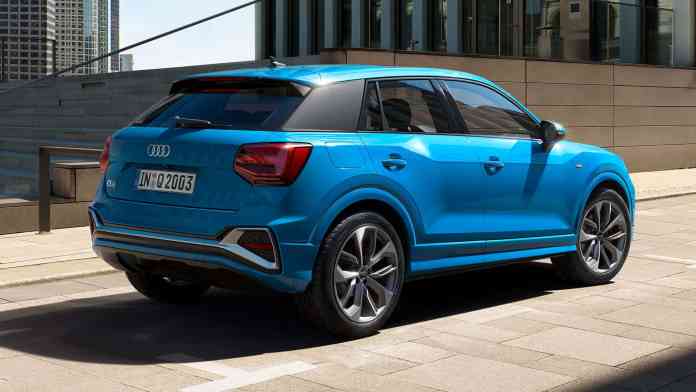 It is a small luxury crossover. Which at 4.2 meters long. It is even shorter than the luxury hatchbacks that used to be sold here. Like, the Mercedes A-class and the BMW 1 series. The key advantage, of course, is that the Audi Q2 offers the higher ground clearance of a crossover. And it certainly is a crossover with a shape and proportions more akin to a high riding hatchback.

Then a boxy SUV, and while car designers can often get this sort of shape wrong. Audi has absolutely nailed it. It also doesn’t follow the design template of its bigger Q siblings and has a distinct style all of its own.

It has a wide rectangular nose with plenty of trapezoidal details. like

The flanks of the Audi Q2 look like they’ve been worked on with a giant chisel. And these scooped-out sections look great with their sharp cuts. And ridges catching the light think of it what you will, but one thing’s for sure it will definitely stand out in a crowd.

But just what do you think about the Audi Q2?

And where it fits in our market, do let us know down in the comments section. And if you haven’t done so, please do subscribe to the Motosutra. By Push-Notification button to stay notified.

Now a big highlight of any Audi is always it’s interior so let’s check out what this one has in store. 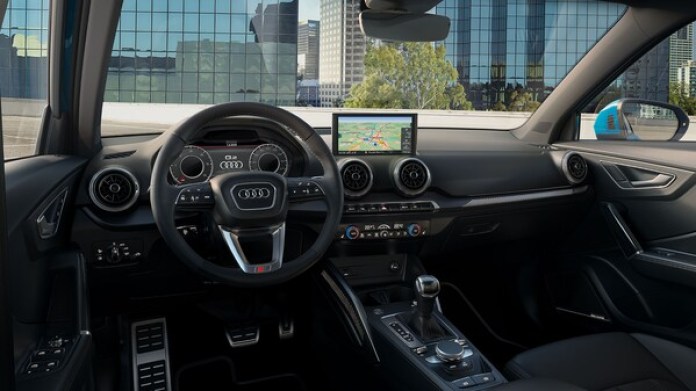 Now, here on the inside is where this car’s edge starts to show. This is clearly a last-generation Audi interior but is that really such a bad thing. You see, it’s got a very, clean design, and it’s of very, very high quality.

The design of the dash reminds you of the TT sports car. With its rotary click to shut vents, the soft feel dash nerd chrome switchgear. And the general fit and finish are right up there with the bigger Audi’s. And you’ve got to love the snakeskin-like dash trim that lights up at night with the Quattro logo.

You also get virtual cockpit digital dials, which are still some of the best in the business. Thanks to their clean, well-thought-out design. However, this one being of an older generation. It isn’t quite as slick or sharp as the newer versions. And this feeling is even truer of the main infotainment system.

For instance, forget the fancy dual MMI touch screens that you get in the likes of the A6, A8, and Q8. you get a single screen here, and well, it’s not even a touchscreen. You have to use Audi’s old MMI click wheel. Which frankly is a very nice and easy interface to use. But you don’t get that wow factor that you get from newer Audi’s.

And while we’re here, a quick word on equipment. while the Q2 does get some important goodies like a relatively

Now over to the back. Clearly, the Audi Q2 isn’t a car for the chauffeur-driven. But you’d be surprised to find that there’s a decent amount of knee room back here and even headroom. You’re over six feet tall. You should be okay.

Things I’m not such a fan of are the fact that this backrest is really upright. The seat squab isn’t the longest, and the window sill is quite high, and the window small. Which makes you feel a little bit hemmed in. But other than that the seat is really quite comfortable.

Other interesting points of note are the fact that there are no AC vents back here. But then this is not a very big car. And though the USB ports in the front are of the standard variety, the ones back here are USB type c.

The boot is well-shaped and easy to load, and you get a decent 405 liters. Which is more than enough for a weekend excursion. And so you don’t get stranded with a puncture. There is also a space-saver spare tire well. So far, so impressive, but the real surprise lives under the bonnet.

let’s go for a drive

It seems Audi may have learned its lesson from the last time with 190 horsepower and 320 nm of torque. It’s a familiar engine powering everything from the VW Tiguan all space to the Skoda Superb. But stuffed into the little Q2 that weighs just 1.4 tons. Well, you’re in for quite a treat.

But before you go racing after the redline, know that this engine is also, really, good in everyday usage. There are that smoothness and refinement that’s typical of a TFSI turbo petrol engine. And the best part is combined with the seven-speed DSG gearbox. It can take on two different characters. Just depending on how aggressively you punch down your right foot.

Drive it gently, and it responds in kind, with seamless shifts. And creamy smooth power delivery.

However, in comfort or efficiency modes, the gearbox can get caught out. If you surprise it with a sudden kick down, and it can be reluctant to shift down at times. However, things get a lot more agreeable if you turn up the wick.

It holds revs all the way to the six and a half thousand rpm redline. And it really enjoys revving this engine. There is a lot of performance here. In fact, in a preliminary run with our Vbox testing gear, 0-100 kph came up in just 8.08 seconds. And in the proper testing conditions, we have no doubt it would have been quicker still.

And that’s helped not only by the fact that this car has a quick-shifting DSG automatic gearbox. But also because it has Quattro all-wheel-drive. Yes, they’ve really thrown everything at the Q2 apart from helping you do quicker launches. Quattro also has its benefits in added grip and particularly on loose surfaces. Like a rural trail.

And should you encounter a rough road?

The suspension has you covered too. Now, if you go over a rough patch of road. Yes, you can feel a little bit of that firmness that Europeans set up in the suspension. But because there’s enough ground clearance on this car. You don’t mind driving over potholes and bad patches. It gives you a little bit more peace of mind. Even high-speed stability is really good for such a compact car.

And you get that tough germanic feeling of confidence from behind the wheel. But with all that performance, could it also be a fun handler.

Now yes, we’ve said this many times before, but Audi’s steerings are nothing to write home about. and that’s true here too, but this time at least it’s allied to a very, very good chassis.

The Q2 is compact. The suspension is in European spec. It hasn’t been softened for India or anything like that. So there’s really, really good body control that means it doesn’t roll around much in corners. and you can really lean into the suspension in a vent.

It feels like a proper hot hatchback, just one that happens to have more ground clearance. it’s got a

In fact, I’d go as far as saying in the real world on our small bumpy narrow roads. This is the most fun, Audi, to drive.

So should you buy one?

Well, at an expected price of 35 lakh rupees ex-showroom. The fully imported q2 isn’t for those looking for value for money. It’s targeted at self-driven owners. Who want Audi levels of luxury in a compact package with the high riding practicality of a crossover.

But they’ll also get an added dose of excitement thanks to the peppy petrol. And relatively lightweight and an agile handler from behind the wheel. Perhaps it could have been better equipped. the interior is showing its age, and some might not like the fact that this is not the facelifted version. That will soon go on sale in Europe. But what you’re getting with the Audi Q2 is something truly unique. A new and interesting entry point to the Audi brand that really has no competition.